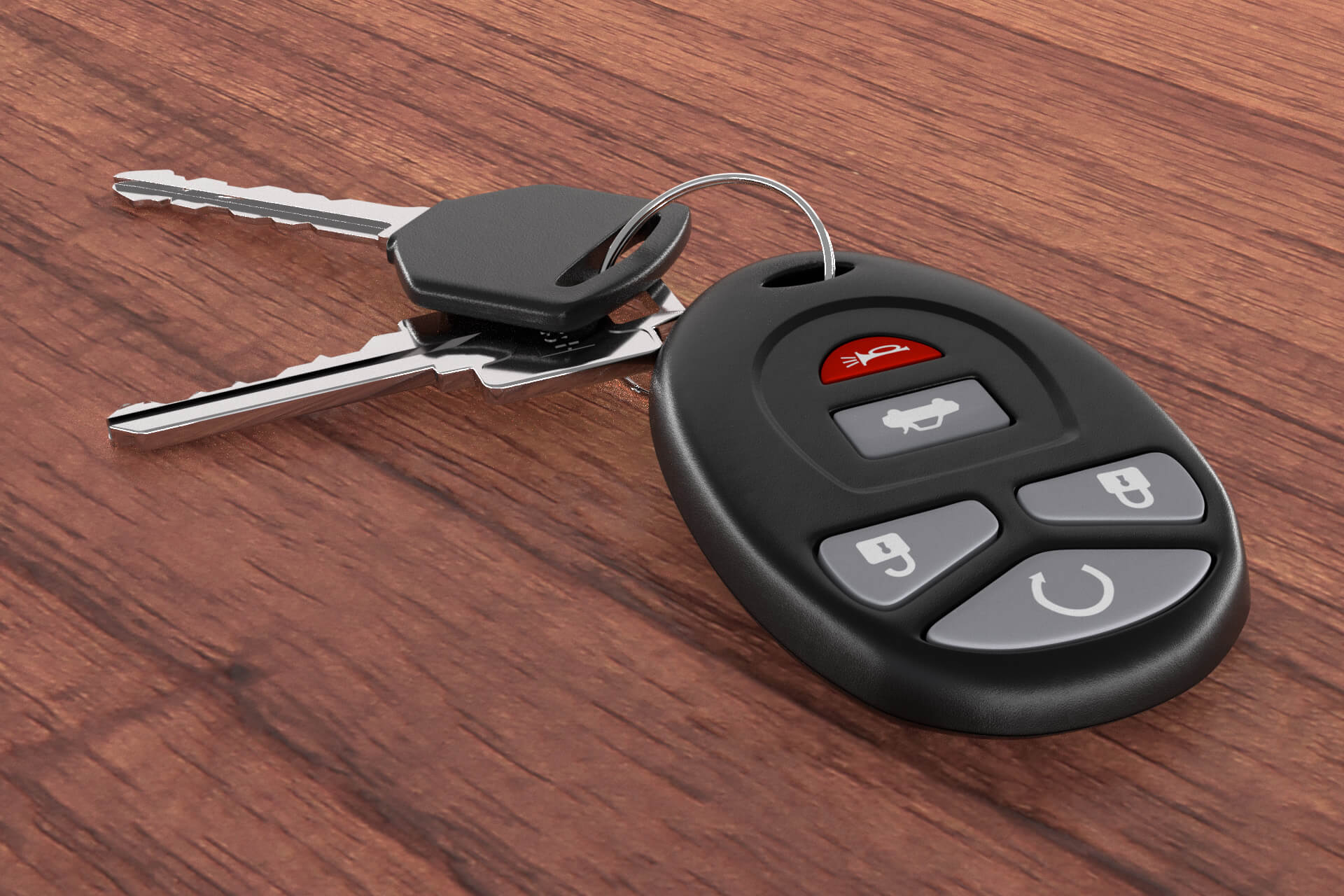 – What is a plip remote control?

– How does a plip remote control work?

– Reprogramming and resynchronization of the plip remote control

The plip remote control, or remote control, has become a familiar object for all car drivers. Nevertheless, its operation is still a mystery. Let’s take a closer look at the function and use of this magic key.

What is a plip remote control?

The plip remote control is a French invention applied to the automobile, dating back to the early 80s. Paul Lipschutz and his French company Neiman (later acquired by Valeo), a supplier of electrical equipment for the automotive industry, developed and marketed this remote unlocking system.

Its initial function was to unlock the doors and trunk remotely by simply pressing a contact integrated into the vehicle key. Associated with a sound signal (beep) or light signal (activation of the direction indicators), it would avoid the mechanical insertion of the key in the lock (often problematic at night or in freezing conditions). It also allowed locating one’s vehicle in the middle of a crowded parking lot.

Over time, other functions have been added, leading many manufacturers to replace the ignition key with a card.

How the plip remote control works

Description of the system

The plip remote control is part of a complex system called “electrical door locking”, which includes the locking of the doors, and is generally composed of:

– Door actuators: these are electric coils located in each door leaf and allow the operation of the locks (opening and closing).

– The door lock module: initially an independent control box, it is now often integrated into the central on-board computer (called, depending on the brand, BSI, UCH, etc.).

The “plip” remote control generates a coded signal that the control unit recognizes and allows it to unlock the latter’s operation to open or close the doors. An internal battery provides the energy necessary to create the signal. 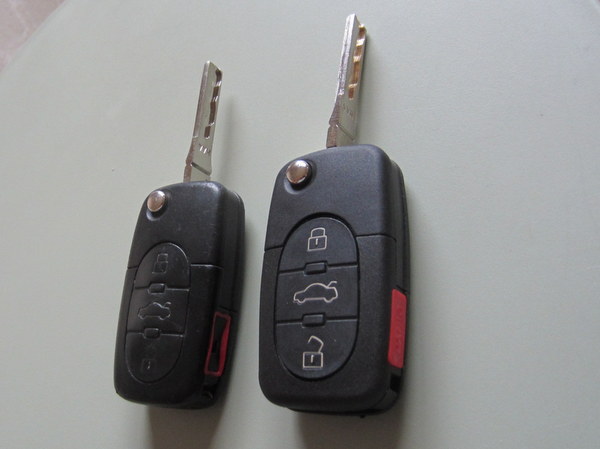 Infrared control is a transmitter with a light-emitting diode that emits infrared rays in the direction of a receiver. The receiver, consisting of a photodiode, converts this light signal into an electrical signal for the control unit.

Infrared control has the following disadvantages:

– You must point the remote control precisely in the direction of the receiver, which sometimes results in unsuccessful attempts.

– There must be no obstacles between the remote control and the receiver.

– The signal is sensitive to light disturbances.

The radio signal control operates on a radio frequency of 433 MHz. The principle is the same as infrared control, but it has the following advantages:

– a higher efficiency to cross obstacles;

– greater precision since it is not necessary to point the remote control at the vehicle.

Evolution of the coding of plip remote controls against intrusion 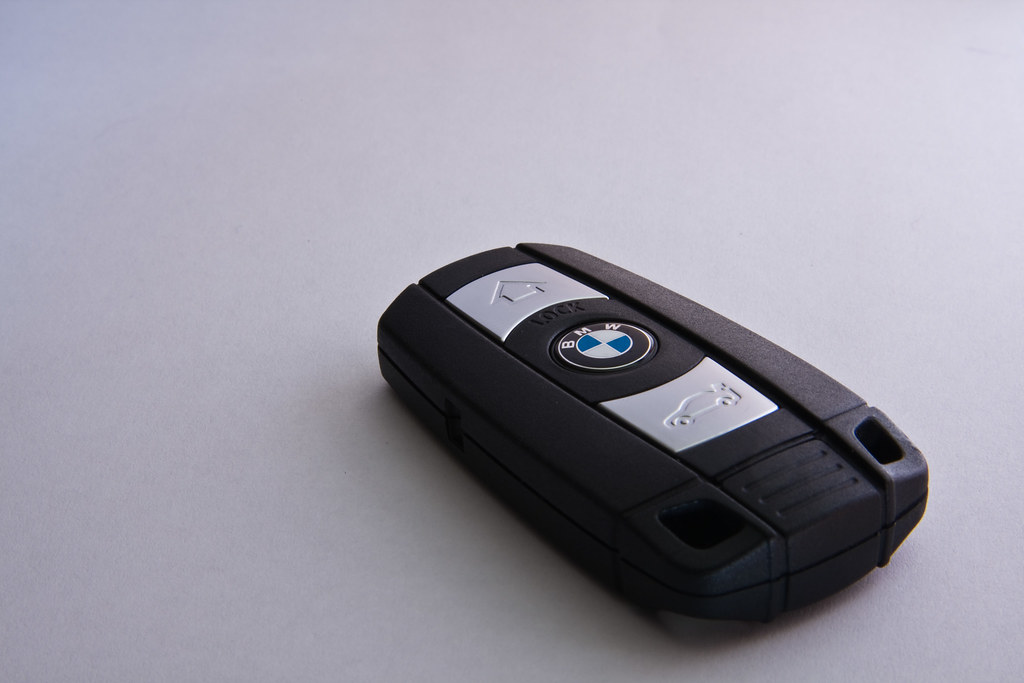 . Today, the protocols governing the opening and closing of openings are complex. Generally, they include:

– a fixed coding linked to each remote control;

– a rolling code, i.e. renewed at each action, recognized by the receiver thanks to an algorithm installed in the remote control and the receiver.

– an additional coding giving the information of the discharge of the integrated battery.

– additional rolling codes linked to other functions provided by the manufacturer.

– to open the luggage compartment;

– activate the windows and sunroof;

Particularities of the “hands-free” systems

Many manufacturers have opted for this technology which replaces the remote control with a card.

This solution offers the possibility to start the engine remotely without a key (an utterly independent function from the opening of the doors).

The most spectacular advantage over the traditional “plip” remote control is the automatic opening of the doors when the vehicle is approached, without the operator’s intervention.

Reprogramming and resynchronization of the plip remote control

Reprogramming is necessary, for example, when the remote control is lost. As a rule, it is necessary to go through the manufacturer and have the same PIN code issued as when you purchased the vehicle new. This operation often requires a manufacturer’s tool.

For example: after switching on the ignition with the key whose remote control is defective, you have to press one of the buttons on the transmitter for a few seconds. 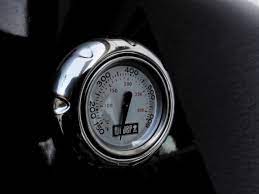 – Car thermometer: how does it work?

When you live in a country with a temperate climate, the seasons come and go, and the temperatures vary. Installing a car thermometer can be simple information for the passengers but a real driving aid for the driver.

Car thermometer: how does it work?

There are several different models of car thermometers: digital, bimetallic, analog or with a compass. The function of the latter is to display the inside and outside temperature of the vehicle.

The operation is simple: a sensor is placed outside the car, a second one inside, transmitting the different temperatures to the box located under the driver’s eyes. The more powerful the chosen model, the multiple the use of the thermometer would be. Thus, some models will alarm you of negative temperatures and, therefore, a risk of frost or ice.

Good to know: The options are numerous and varied. This simple gadget can inform you of the time, the voltage of your vehicle’s battery or inform your car’s electronic system of the ambient temperature and thus impact your driving by being linked to the brake assist system. It also acts on your comfort: the air conditioning or the heating system is activated if the temperature in the cabin exceeds a level deemed inadequate.

Car thermometers can be found in supermarkets for the most basic models, on commercial websites, or for high-end products with specific options in specialized automotive stores. Prices differ depending on the brand and options selected.

– The first price thermometer: it can be digital or bimetallic. Its function is to inform you only about the outside temperature. Its price varies between $10 and $20.

– The driving assistance thermometer is digital, offers you the time and date, acts as a voltmeter, and indicates a danger of ice or frost through a sound signal. The prices are around $50.

– The thermometer connected to your vehicle is attached to your car’s electronic system. It warns the brake assist system and starts the heating unit or the air conditioning. This is a high-end model that can cost more than $150.

The installation of the car thermometer is a relatively simple operation. The part that will provide you with the information is equipped with velcro. You just have to choose the location and glue it. We advise you to place it under the rearview mirror or around the radio.

You must ensure that the sensor is not exposed to direct wind or sunlight to avoid transmitting false information. Here again, it is sufficient to glue the object.

The electrical connections are not very complex; the system must be connected to the vehicle battery, and if necessary, to the electronic system if you have chosen a connected model.

Good to know: Some models are battery-operated and interact with the car’s electronic system by Bluetooth. You just have to put down the sensors and launch the connection search!

A car thermometer does not have a specific lifespan and does not require any particular maintenance. You just have to take a look at its indications to check that everything is working well.

Upcoming posts in the section Choosing Your Car Gadgets:

Do you want to read about a particular gadget? Please let us know in the comment section, and we’ll answer you as soon as possible. Also, don’t forget to share your experience below.